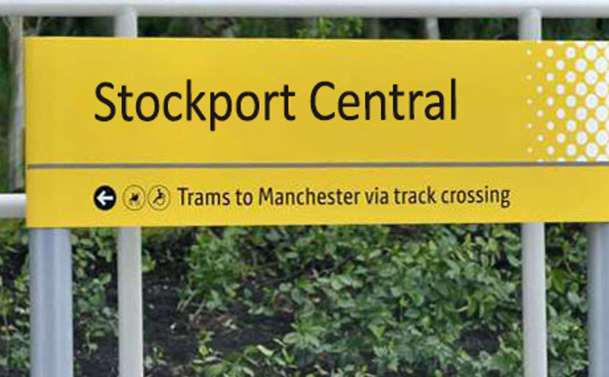 Stockport Council and Transport for Greater Manchester are set to request between £500m and £1bn from the Government to deliver an extension of the Metrolink line from East Didsbury to the town centre.

TfGM and the council have already paved the way for trams to integrate with other transport networks in Stockport; the £120m redevelopment of Stockport Interchange due to start on site this year factors in a Metrolink route and stop, and is backed by £40m of Government Growth Fund money.

Stockport Council and TfGM will now work up a business case for the Metrolink extension, which is set to cost between £500m and £1bn, and will also request Government grant the necessary transport planning powers at the same time as the funding. If funding is granted, a start on site could begin by 2025.

The council is arguing that the creation of the Stockport Mayoral Development Corporation, which is overseeing a 130-acre masterplan set to deliver 3,500 homes, and up to 1m sq ft of offices in the town, already brings together key stakeholders in the creation of the Metrolink, so could fast-track the implementation of the transport project.

Alongside the announcement of work starting on the Metrolink business-case, Lord Bob Kerslake was announced as the chairman of the Stockport Mayoral Development Corporation. Lord Kerslake has a background in local and national Government, with roles in the Homes & Communities Agency, Sheffield City Council and civil service. He is currently lead of the 2070 Commission, a think tank producing research into the economic disparity between the North and South.

At an announcement event in Stockport today, Burnham insisted that since the general election “the Government is listening” to requests from the North for much-needed investment in infrastructure.

“There is a national debate around the North, as well as delivering stronger towns and town centres,” Burnham said.

“Stockport is uniquely placed to deliver a new vision and show on a national stage what a northern town can be.

“When the Chancellor visited Stockport recently he was impressed with the progress on the Metrolink extension into Trafford, which is opening seven months ahead of schedule. We have demonstrated a track record for delivery, and with the creation of the Mayoral Development Corporation, it cuts through the potential time delays by getting all the necessary parties around the table, and puts us in a strong position.”

Commenting on the appointment of Kerslake, Burnham described it as “a real coup for Stockport”.